Sleepover Cinema Club - What a cracking idea! Bring on the summer.

Outdoor and rooftop cinema is nothing new and yet still is increasingly popular, but now the concept has been taken one step further. As with anything new, I like to give it a whirl, which is what I did for the debut night. So how was it..? 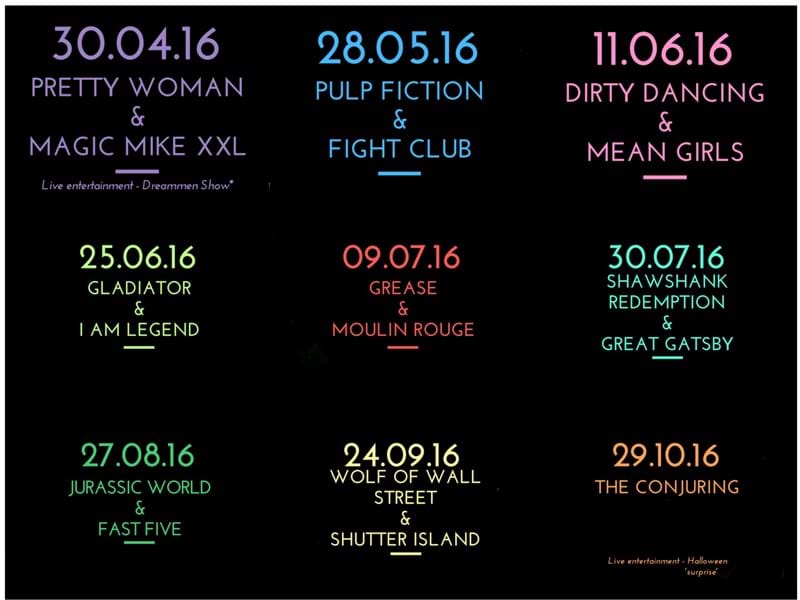 First of all, I intentionally neglected to tell my man thing the theme of the evening. They all differ (the nights not the man thing) and you can pick a night dependant on your film tastes, they're all classics but each one comes with its related theme and/or entertainment. Ahem... The night I went to was on the 30th April aka Pretty Woman and Magic Mike XL night, the related entertainment being strippers. Just as we were packing up the car, he had the foresight to check what I was dragging him to this time. Turns out Pretty Woman is his dad's favourite movie, luckily Magic Mike XL was not his mother's favourite movie. That may have been weird.

Anyways, all the way there the English weather screwed with my mojo, but 10 mins before we arrived (the venue is a convenient 10 min drive from the M25 at Potters Bar) the sun came out and stayed out - hurrah! The tent was up in 12 seconds.

Right, that was easy. Time to #getinvolved @CinemaSleepover #Saturday pic.twitter.com/IgnaDb760E

One of the delights of camping for only one night is that you don't need all the bumf that gets in the way of enjoying yourself. Bottles of water, berocca, toiletry bag, sleeping bag and duvet. Done. Yes really, a duvet, I'm sorry but it's the best way forward, especially in 'sunny April'. Most of the other 400 guests did the same.

There was no food or drink required, they had a bar and cocktail stand from the lovely guys @cocktailguysuk to keep you topped up. For those of us coming from more of a central London location, the prices were a pleasant surprise, not to mention the shooter and cocktail discounts during the movie. Then you had the standard burger van, a pie vendor and the stone baked pizzas. The pizzas, of which, we're so moreish that I tried to go for a third but somehow it had reached 2am and I had to accept it was not an option.

As the aforementioned sun went down, the temperature dropped considerably. So much so that the 'blow-job' shooters mixed in to hot chocolate were struggling to fend off the chill sinking in. Luckily I was distracted by trying to beat my neighbour to every line of Pretty Woman (yes I am that person). But if it wasn't for the cold, I doubt man thing would have cuddled me during my one person replay of the entire film. 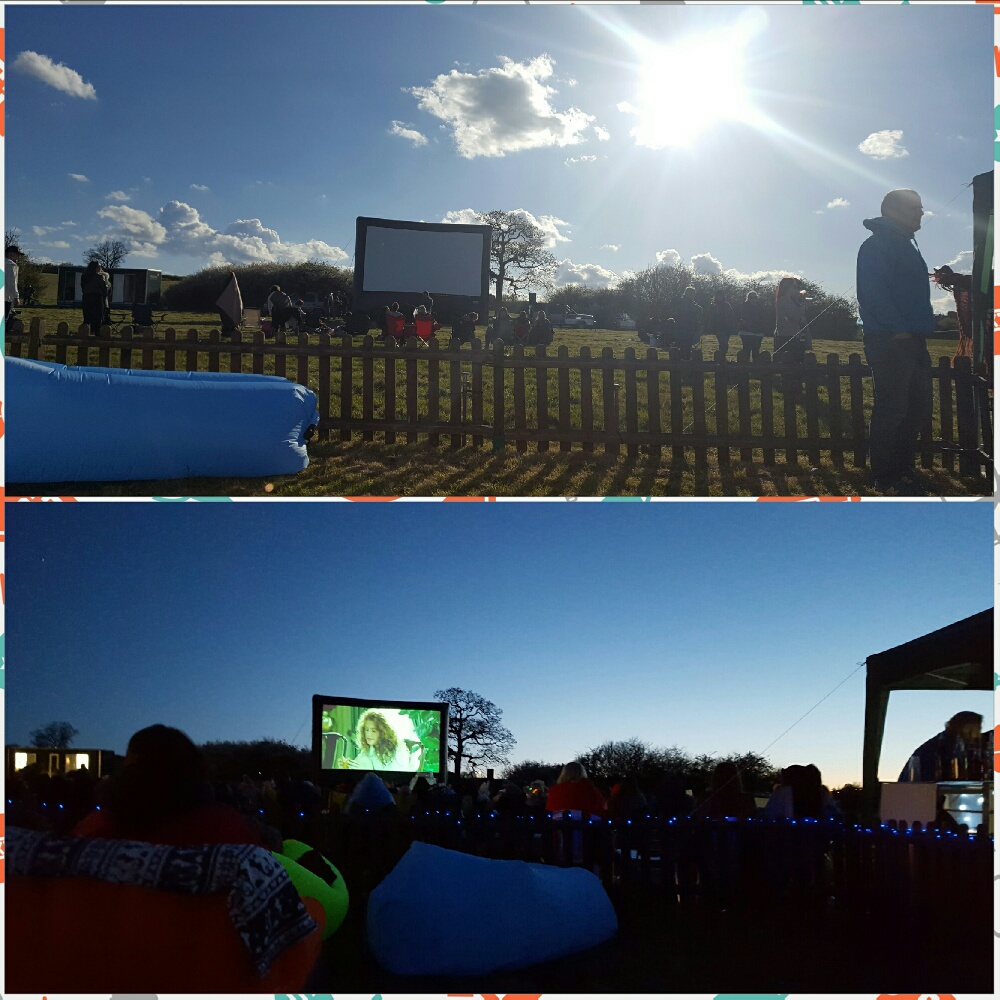 One of the definite highlights has to be VIP, rarely does VIP mean much other than being kept away from the fun with stale packets of walkers in abundance for the first 28 minutes. Ok, so; we had inflatable sofa's, laybags (available to buy there too), prime position, attached to the bar, although that didn't matter as the girls in VIP were on hand to queue for food and drink for you, swaddle you in blankets, hand out Monster.co.uk freebies and even insist on cleaning your contact lens when it falls out (I know!!) The area was only separated by a cute fairy lit picket fence, BUT, when the cold got silly, we could nip in to the marque (attached to the clubbing/entertainment tent) sit in front of the fire on a proper sofa and swap between watching Magic Mike and having some dance floor time.

There were a few teething issues, which only serve to make the next one even better. I also love my sleep and I has an amazing night sleep, I woke up ready for my bacon sarnie.

A special mention has to go to Steph and Mary in VIP and if I'd known the queue for pizza would have been that long I would have sent man thing. Also, a huge thank you to Graeme and Ashleigh, good luck with the up and coming events, but if the first one was anything to go by, book up quick. 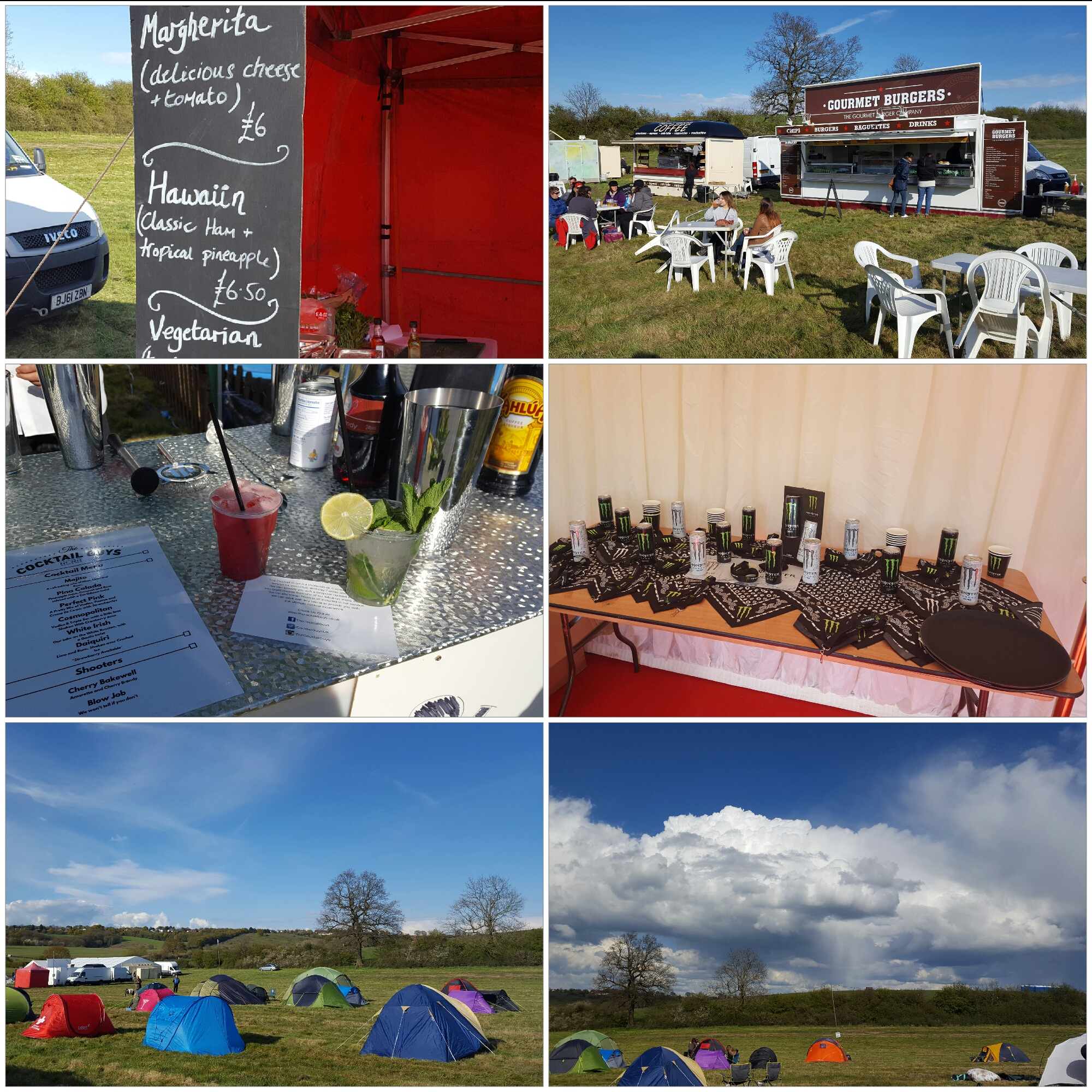 Tips for your visit:
- Take loads of blankets.
- Take an easy tent to erect, you're not going to be in it much. Don't waste your time on pointless luxuries.
- Flip flops can be a nightmare on the slope down to the camping field from the carpark.
- If you can stretch to VIP, it is worth it.
- Take warm clothes, just in case. Rumour has it, summer IS coming.
- Go in a crowd, have a laugh (you must) and arrange a pub Sunday lunch for on the way home.