I have decided that my animals have at some point communicated in only a way that they know how, to drive me bat shit crazy. I have had my fair share of animals but these little fur balls are really taking the biscuit. 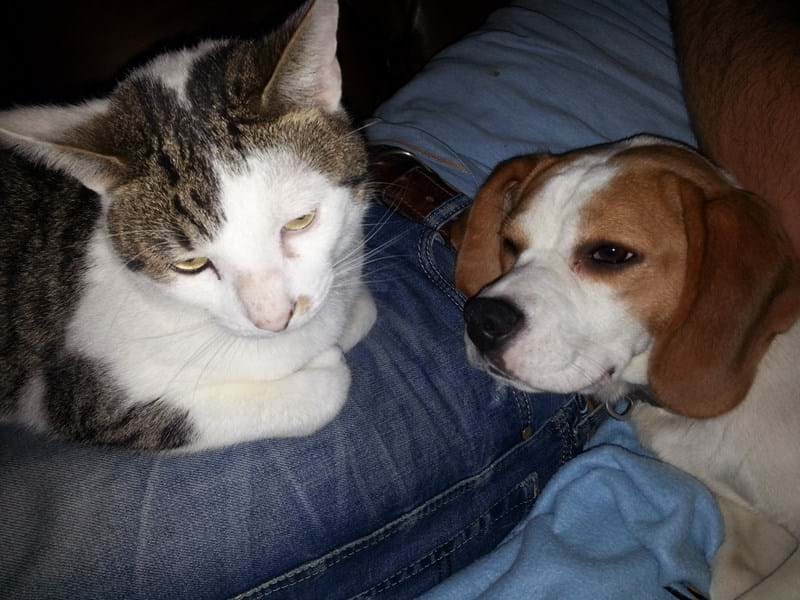 Ok ok, I have a beagle so my life was never going to be too easy going, but the cat (who I did have 3 years prior) has decided to undertake a new personality and push the boundaries. Maybe she has just taken a serious afront to me referring to her as the wrong gender.

Butters, the cat, has taken to giving the dog any Lego left out. We did originally think this was an attempt to see off the dog - 'Happy choking bitch'. That sort of thing, then it either morphed or we just misunderstood her intentions, she was just giving the mutt things to play with. She even nicked our toast out of the toaster and delivered it to a more than grateful food orientated Beagle (Charley, of @charleyswoof).

Jeez, maybe she is just jealous of his social media presence. Dognammit.

The cat, who used to rule the street and stay out all night aving it large, now only pops out for a quick poop and is scratching on the window to get back in while the steam is still fresh. She will headbutt a closed bedroom door until the bugger opens, the same with the living room if she senses the dog is sleeping and she wants in on the action. She'll gnaw on the dogs leg until she gets attention, then pretend it's unwanted.

As for the dog, she loves the sound of her own voice way too much. Thinks all blankets look better with a hole in them, has developed a 4am wake up routine and soap is her preferred chew toy. She buried my sons new smart watch in the garden and dug it up 3 days later looking quite chuffed with her brilliance and will do anything to be near a hot water bottle (or wheat bag).

Both of them sit on the keyboard of a laptop, if we try and 'out wit' them with an iPad their head is strategically placed is a obtrusive position. How do they think we will keep them in prosciutto and Eukanuba? They have no respect for us.

If on the odd occasion they do allow us to sit down, they play this game of (kind of) tag. Cat wants out, cat wants in (you cant make her wait, she will howl and scratch the door and Windows immediately) then the dog wants out, then in. They confer by the fire then make a joint request. Evil. 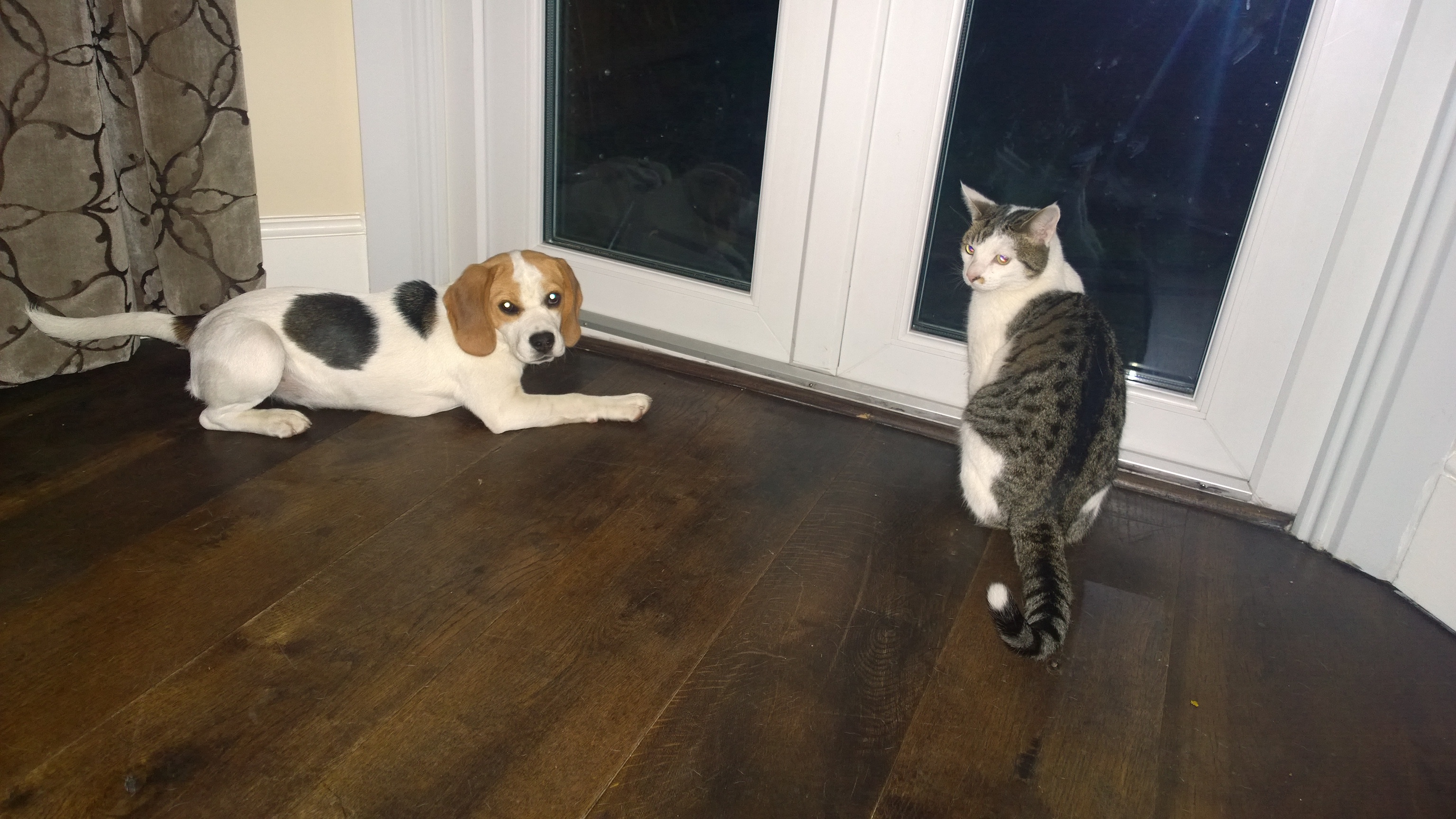 To anyone that visits, they think the dog is terrorising our sweet innocent cat. But Butters is putting on an act, SHE is the instigator. The dog is stupid enough to let it rile her. It is a bit like sibling rivalry. They love the crap out of each other with as much passion as wanting to see each other suffer.

Well, my little demented bundles of fluff, I'm on to you. I'm not quite sure yet what I'm going to do but I will be in charge of my own home. You will obey.

Don't expect your homemade bolognese for much longer and the prawns are getting downgraded to Iceland's. Just you wait and see. 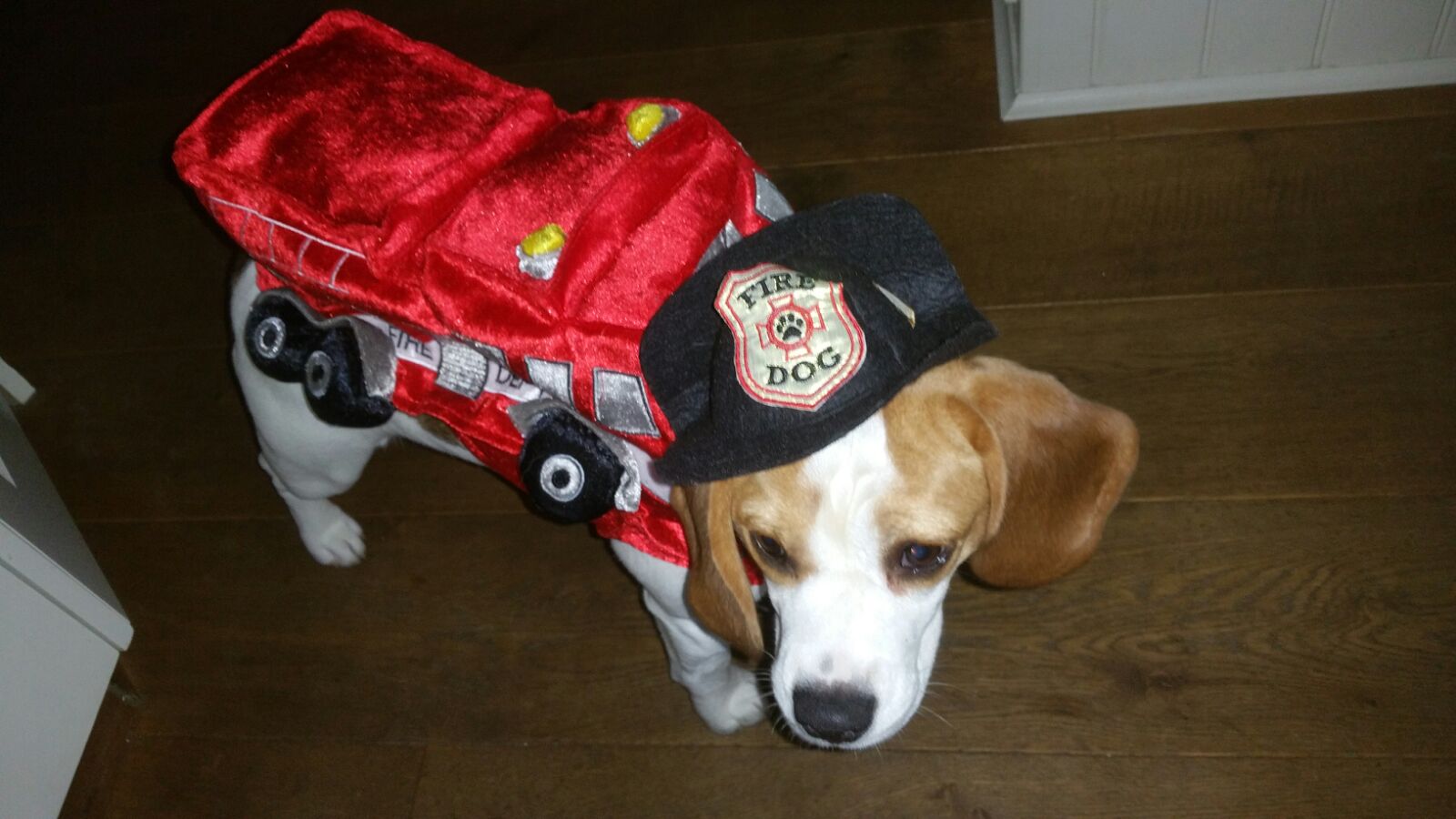